Christmas is upon us, the hustle and bustle is gaining momentum, while children cannot wait to get presents from Santa. All that is missing is a little bit of snow ? 🙂 For eCORRECTOR?s team it is also a very busy time! We have completed a record month (and year) of proofreading and translation jobs with the help of our team of proofreaders and translators. For this particular reason – living in a busy world preoccupied with the upcoming events ? we should stop for a moment to catch a breath and learn something interesting about this unique time of the year.

We have gathered 10 most interesting facts about Christmas that you may enjoy:

You can use some of those bits during your dinner conversations. You will surely surprise your loved ones!

The eCORRECTOR team would like to use this opportunity to wish you all Merry Christmas and a happy New Year…and, who knows, maybe something special from us underneath the tree? 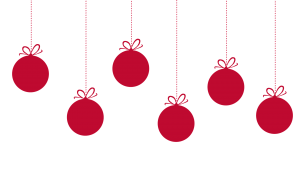